Workplace Pensions – is it free money? 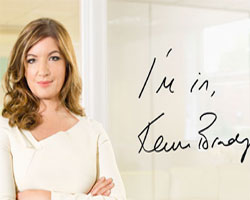 Quick answer – no!
Workplace pensions are currently getting plenty of exposure due to the TV adverts featuring Karen Brady and other business celebrities. Introduced last year, they are a way for the Government to help prevent an explosion of the pensions time bomb – the crisis that is waiting to happen from the fact that that there are growing numbers of people retiring and living longer and a slowly dwindling number of people paying into schemes.

National Insurance is supposed to be the means by which the Government raises money but it in fact it uses this money to pay all it’s other bills. So they are now putting a even bigger cost on employing people by making employers pay a contribution towards individuals retirement. To avoid lots of boring details on how the scheme works it can simply be explained in the diagram below. However, if you do wish to find out more information, the best place to start is the Department of Work and pensions website.

Are Workplace Pensions a good deal?

You would have to be a fairly serious non-saver to ignore the fact that for every £1 you put in, you are getting another £1 – although of course you won’t see any of it until you retire? So on this level it is a good deal – or rather the best of a bad deal. The tax money is your money anyway (as a tax payer) so it is really just the employer who is losing out and there is no reason why over time this could be ‘lost’ in a lower salary e.g. slightly lower pay rises over a number of years by the employer to make up for it. Also, if you are on an ‘average’ salary the final return you will get from saving this way for 40 years is still going to be barely enough to live on.

An unknown with the employees pension pot will still be the performance of the pension fund companies. Historically this has been quite good although this is relatively easy to do when there are high real interest rates and a steadily rising stock market. If you look at somewhere like Japan, who also have an aging population, it is difficult for pension funds to offer a generous return when there stock market is about 1/3 of its level of 20 years ago and where interest rates have over that period been less than 0.5%.

What is the best strategy?

For anyone wanting a comfortable pension who is on an average salary then it is a good idea to try and pay in (and get the employer to pay in) as much as possible. However, it is unlikely to be enough and you should probably look at other ways to save like ISA’s. Also, buying a property and paying down the mortgage would be another way of ‘effectively’ saving and then look to a ‘downsizing’ strategy when you retire to release capital.

In conclusion, workplace pensions make the best of an otherwise very bad situation!

Why MoneyMoz - What's it all about?

20 easy ways to save money